As a young artist Manet quickly began to work in a different style to many of his friends and broke from the rules that he had been taught in the atelier of Thomas Couture. As a result he received a great deal of harsh criticism and was mocked by both the general public and art critics of his time.

Today Manet is considered by many to have been the father of Impressionism.

During life:
During his lifetime Manet received mixed critical reception from the general public and art critics in Paris, France. In 1859 his first entry to the Salon was rejected due to wide criticism. However, by 1861 Manet’s future was beginning to look brighter when two of his works were accepted by the Salon.

The writer Emile Zola was a great admirer of Manet’s painting technique and wrote many glowing reviews of his work.

Manet’s The Luncheon on the Grass and Olympia were next to be received with mocking sarcasm and the artist’s hopes for a long career in the artistic world were dashed. However, in 1876 Mallarme wrote a piece that first linked Manet to the Impressionists, which put his work at the forefront of the art world.

After death:
After Manet died the respect for him as an artist increase. The writer Emile Zola wrote the introduction for his memorial collection and a number of his close acquaintances wrote his biography, which further increased his fame. For example his lifelong friend Antonin Proust wrote an invaluable account of Manet’s life as an artist.

Additionally, with the growing respect for the Impressionist artists Manet’s work became more interesting to art critics. It represents the vital bridge between the Realist and Impressionist movements.

20th century:
In the 1920s many critics were considering Manet’s work to be ‘pure painting’, fitting in with the Realist ideology. However in 1954 the Swede art critic Nils Gosta Sandblad began to look at Manet’s work as highly modern and having been indicative of future art trends (beyond Impressionism). This idea has carried on until modern times and today Manet is considered by many to have been an artist genius. 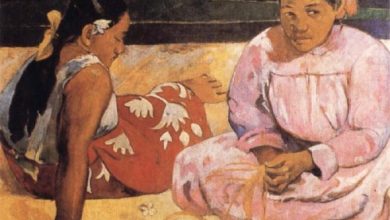