Vincent van Gogh is regarded as one of the most influential post-impressionist painter in 20th century, for its vivid colors and emotional impact. Being the famous artist in today’s museum art, how many of his oil painting artwork has successfully sold during his lifetime? Perhaps, the one and only oil paintings done in early November 1888, “The Red Vineyard”. Sold for 400 Franc (equal to about $1000-1050 today).

Similar to “The Night Cafe”, by the outbreak of World War I (1914–18), this work owned by Sergei Shchukin were nationalized by Bolsheviks, and now exhibiting in art museum.

As of today, at least 8 of his most expensive work has been sold since last 3 decades, either in auction or private sales. Below showcasing 8 most expensive oil paintings paid, plus 2 more potentially priced paintings. (Inflation adjusted)

Vincent van Gogh painted this piece of his work during the last weeks of his life before his suicide. There are two versions of the portrait. Both painted in the same year.

One of the version was sold in May 1990, through an auction at Christie’s, New York, put up by the Siegfried Kramarsky family. The buyer was a Japanese businessman Ryoei Saito.

Since Ryoei Saito’s death in 1996 Reports in 2007 have claimed the painting was sold a decade earlier to the Austrian-born investment fund manager, in turn, had reportedly been forced by financial reversals to sell the painting to parties as yet unknown.

The second version of the portrait is currently in the possession of the Musée d’Orsay, Paris, France.

Van Gogh’s passion of painting flowers, has made this highly priced irises paintings sold at US$101.2 million. This brilliant artwork was painted while Vincent van Gogh was living at the asylum at Saint Paul-de-Mausole in Saint-Rémy-de-Provence, France in the last year before his death in 1890.

In 1987, put up in an auction (Sotheby’s, New York ). Sold by the son of Joan Whitney Payson to an Australian businessman, Alan Bond. Interestingly, buyer did not have enough money to pay for the bidden price. Eventually, the pieces was re-sold to J. Paul Getty Museum in Los Angeles in 1990.

It is noticeably that the painting style used wasn’t as hash as the famous Starry Night. Back then, before inflicted by mental derangement, Van Gogh felt that he could keep himself from going insane by continuing to paint.

Sold by in a private sales via a Swiss art dealer and collector, Thomas Ammann, to the Museum of Modern Art new York. 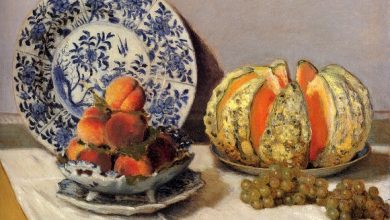 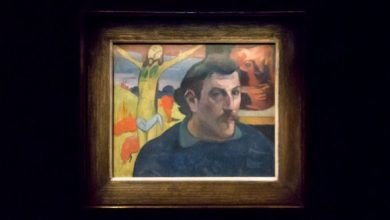