In our environmentally concerned world it is perhaps not surprising to find art works made of ‘junk’, ‘scrap’ or ‘re-used’ products. And as recycling has, quite rightly, become a normal part of life rather than a weird niche activity, artists too have embraced pre-owned objects.

But art and scrap have a long history. So here’s a couple of recycled classics and a few new additions, which we think warrant a place on the all time list of the greatest upcycled artworks ever.

Back in 1913, Marcel Duchamp changed the art world forever. He began working on the idea of ‘Readymades’ – objects selected from the world rather than actually made by an artist. Having it’s antecedents in Dada and the notion of ‘anti-art’ Duchamp’s work was often tinged with humour, such as the snow shovel entitled ‘In Advance of the Broken Arm’ (1915).
His work, ‘Fountain’ (1917) is perhaps the most famous ‘Readymade’: a normal, everyday urinal, signed ‘R.Mutt’ and turned upside down.

Turning junk into art and out-Duchamping-Duchamp in one fail swoop. Picasso’s ‘Bull’s Head’ (1942) is a masterfully simple juxtaposition. Its brilliance lies partially in the fact that it is instantaneously and simultaneously recognisable as both bike saddle and handlebars and as a bull’s head.

Picasso’s residency in Paris throughout World War II was of great moral and symbolic significance. And this work should not only be seen as art world one-upmanship but as brave (and also humorous) defiance of the Occupation. 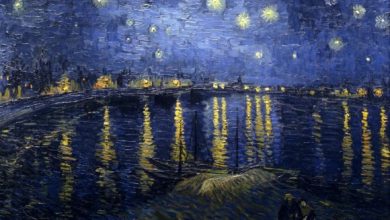