With its 47 works by Paul Gauguin (1848-1903) the Glyptotek covers the whole of his artistic development – from Paris, via Copenhagen, to Brittany and Tahiti.

Gauguin is one of the most important artists of the 19th century. He is famous for his Tahiti pictures (1891-1903), but his entire oeuvre shows him to be one of the pioneers of modern art. Gauguin started as an amateur painter whose point of departure was in French landscapes (Corot, Pissarro), but rapidly lost interest in painting simple impressions of such scenes. His search moved towards simple forms and pure colours, and Gauguin gives shadows, light and colours symbolic meaning far beyond an Impressionist representation of nature. His art draws on many sources, from literature and mythology to ethnographica and photography. 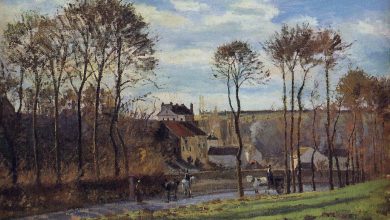